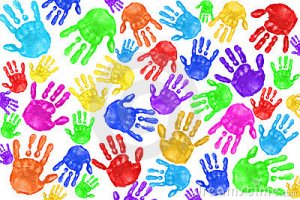 In the WordPress daily prompt today we are asked to “Think again” about a false assumption we had made and how we were proven wrong.

Somebody once told me “Frankie, you think way too much .” Hands up, I do, but I enjoy it. The great thing about truck driving is that one has copious amounts of thinking time. It’s like a think-fest up there in the cab.

I have noticed something of an epidemic spreading across the internet. There seems to be a nasty kind of vibe towards people who believe in God/Allah/Christ/Muhammad/ or other faiths. I’m not talking about the recent scandals in churches. I am talking about belief.

What is wrong with people on this planet? As if we don’t have enough trouble convincing the world leaders to shake hands!! I reckon if Christ returned now he would be promptly crucified all over again.

Who was it said “It is the mark of an educated mind to entertain a thought without accepting it.” ? That’s right, Aristotle. And a damn good truck driver he was too.

If faith in God keeps somebody happy, keeps them from going off the rails, then what gives anybody the right to say it is wrong?

Do you feel the desire to remove a soother from the mouth of a child just to hear it cry? A child that doesn’t belong to you? No.

If you consider faith in God to be a handicap do you walk along the street making fun of mentally and physically handicapped people? No. Because you are an adult. A responsible adult.

A thought just occurred to me. Perhaps there is a common ground; Saint Francis of Assisi is the patron saint of animals and the environment. According to those who knew him, he tamed wolves, spoke to birds, the plants, the sun, the moon, the lot.

Like Doctor Doolittle in a long hoody. He loved animals and nature. At the same time he had his own faith/beliefs.

“I think” he got it right because he was the first person in recorded history to receive the stigmata. He bothered nobody. He had once been filthy rich and gave it all up for the simple life serving the poor. He loved his animals, his townsfolk, and his God.

There are lots of things I don’t believe; the news channels, the discovery channels, the moon landings, the 9/11 story, the ‘fracking is safe’ story, the ‘no cure for cancer’ story etc. But there is one thing which I hope never to trash, and that is a person’s core faith. In fact even though I am a Christian I have the deepest admiration in the way people of the Muslim faith practice their rituals on a daily basis. My hat goes off to them for the way they unashamedly pray aloud five times per day!!  God is lucky to hear from me once a week!

I enjoy reading blogs by Hindus, Buddhists, Muslims, Jews, Wicka etc., I admire those bloggers who throw little nuggets of belief into a post. They are so colourful. Just when I think I know it all they teach me something else about their beliefs. They are colourful people, not dull.

We have to grow up, collectively. Religions create colourful cultures in the various countries. Who wants to visit a country that no longer has it’s own culture? That’s where we’re heading…to a grey world. One dull shade of it.

Our religious and atheist figureheads have all died. Lets concentrate on stopping any more killing. Like the daily prompt says…Think again.